In an earlier post, I talked about the new need for Cloud System Integrators and how they can provide services by connecting the different dots in the cloud for their customers. In this post, I’m going to examine one possible type of Cloud System Integrator: digital agencies. Digital web agencies are companies have have traditionally created websites for customers, but that in recent years have been faced with a growing number of requests from customers that are far beyond simply creating a ‘front-end’ for their business.

Let’s first take a look at the history of websites and web applications over the past two decades:

1994-2000: Presence – Most websites were created as a digital business card. Not much more information was included than the company name, short description and a reference to the physical address and how to get in touch with a real human representative. 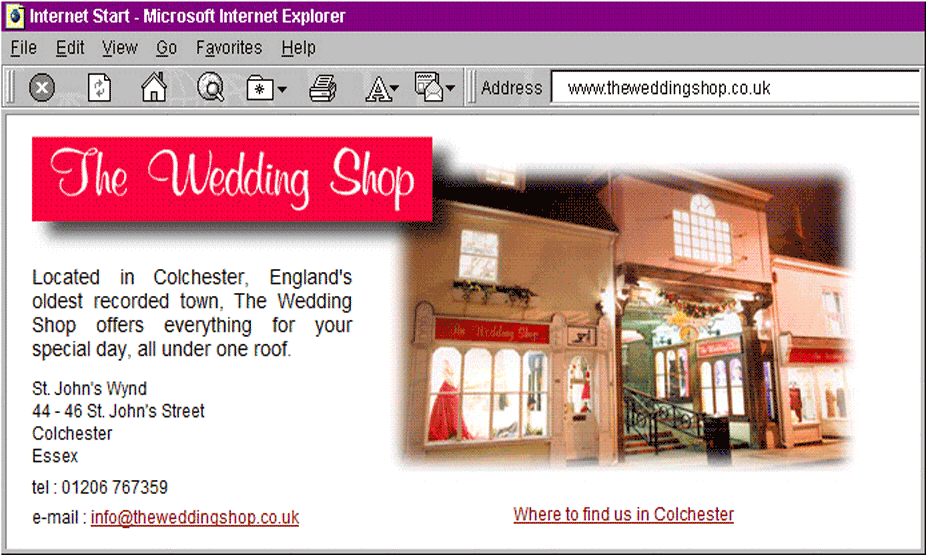 2000-2005: Flash and First Content – Web designers started experimenting with Flash, which (sometimes) led to nice looking but almost (always) entirely useless websites (please join the fight to Occupy Flash). My personal favourites were restaurants, with fancy websites and either no menu, or a menu that could only be seen with a flash player installed.

Content Management Systems (CMS) are, as far as I can see, some of the oldest and most widespread web applications that started to evolve in those early years. First in large companies and then in smaller businesses, people saw the value of using some sort of tool to create and publish content. The first group to create and use these tools were digital web agencies. Fed up with having to dive into HTML code every time a customer wanted to change a single letter on their website, many web agencies created tools to make this process faster and easier. At some point, they even believed that customers would be able to use these tools themselves… 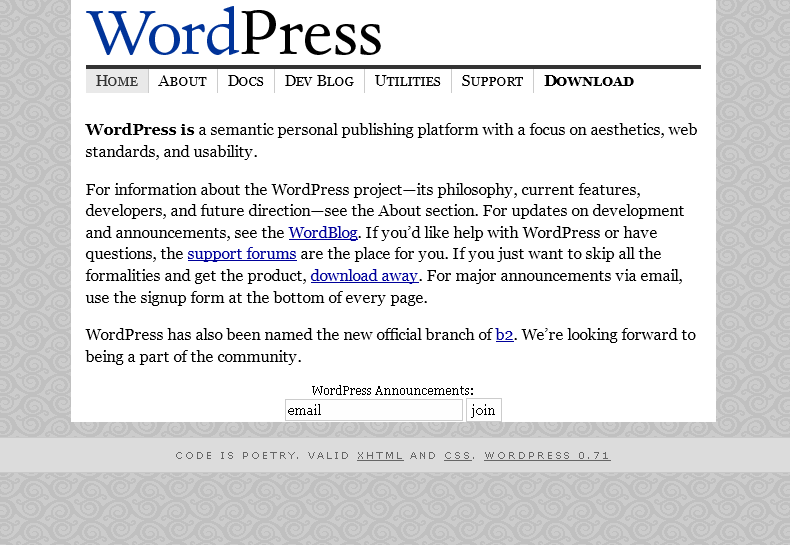 Many open-source projects from those days are still wildly popular, including Joomla, WordPress and Drupal. These tools have all come a long way, but it is doubtful whether businesses are actually using these tools themselves or are still outsourcing much of the work to agencies.

Some web agencies also started experimenting with newsletters that you could sign up to on the website and which in those days were sent out via mailing lists. This was an early example of the integration of different ‘cloud applications’ by agencies.

And what to think about the special mobile websites called WAP sites? According to Wikipedia: “The first company to launch a WAP site was Dutch mobile phone operator Telfort BV in October 1999.” Horribly unusable WAP websites never caught on and the world waited for the introduction of smart phones before websites started to be viewed from mobile devices. 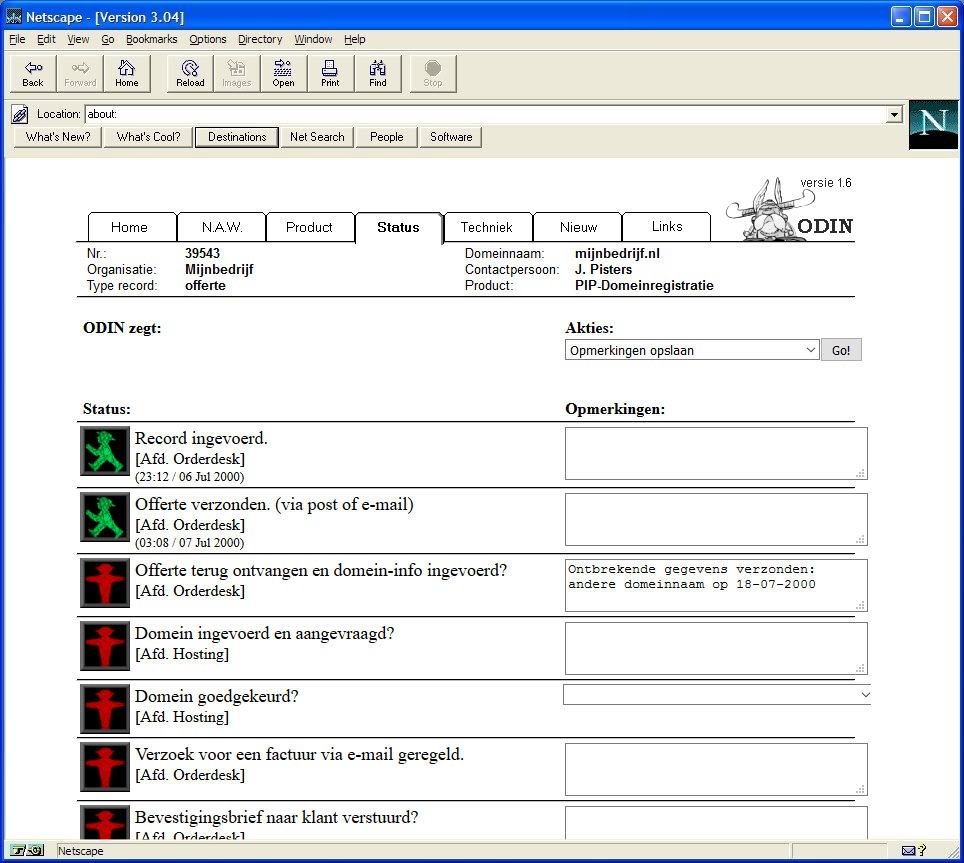 Personally, I was involved in such a project called ODIN, which stood for “Order Desk Information Network”. Using PHP, MySQL and HTML, my good friend Matthijs created a web application that allowed order desk employees to fill in details for a prospect and create an offer on the fly (html2pdf). This PDF would than either be printed, emailed or faxed directly to the prospect. Once returned as a signed contract, the employee would switch the first traffic light (Ampelmännchen) from red to green, which would mean that the order was now under way and passed on to next department that needed to perform an action. After performing the next action, the employee again turned the next traffic light to green and the work was passed on to the next department, and so on, until the last traffic light was switched to green and the domain name or website was ready for use by the customer. Looking back, we inadvertently created something momentous – if we had been a little bit more business savvy we could have created a generic workflow tool that could be used for automating tasks around the world (like Nintex, which closed its 2014 fiscal year with more than $55 million in revenue!)

This kind of workflow process is very common in many small and medium businesses (SMB), but most of them still see this process and their website as two separate things. Obviously for giants like Amazon their entire business revolves around the website being just the first step in a process that has several steps and is as automated as can be. But many SMBs fail to see at the moment that their website can be used to trigger and automate a great number of tasks.

2014-2016: HTML5 to the rescue – In 2014, the HTML5 standard was finally released and a new dawn of web applications started. Although I personally think creating websites in HTML5 is one of the worst headaches I can think of, the result if done by a professional (i.e. not me) is often stunning and super useful. This new standard finally allows web applications to feel and behave just like a traditional desktop application. 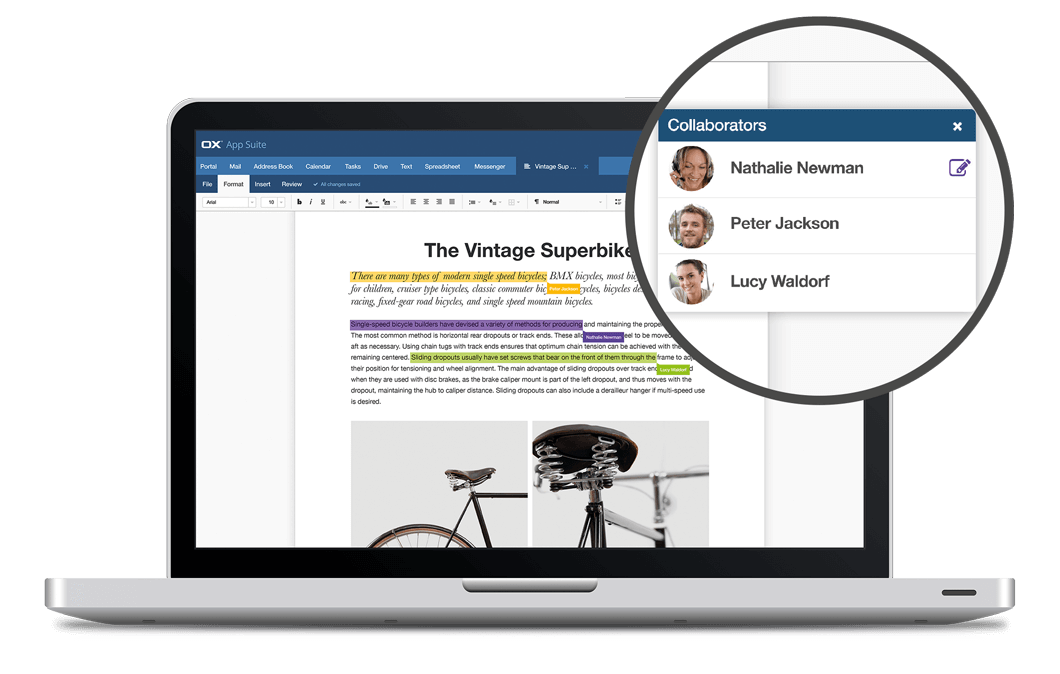 If you have recently tried out the web version of Microsoft Word or PowerPoint you will be amazed by how close it is getting to the desktop application. Companies like Open-Xchange have already been creating stunning ‘browser-only’ web applications for document creation for many years that incorporate all the advantages of a web application: Content is immediately saved centrally and accessible from any device or location. Collaboration, sharing and co-creation are built into the product and new features and updates are added all the time.

That brings us to today and allows me to finally get to the point of this article (we all know this is not my strong point so thank you for sticking around).

2016-2020: Business Process Automation and Integration – Using email, website or even social media as the starting point for any automated process is now easier than ever. Looking at companies like Agendize and vCita makes it clear how easy it has become to integrate customer interaction into a website. Let’s take the example of a hair salon. Using Agendize, customers can go to the salon website, select their favourite hairdresser and a time convenient for them, and make an appointment. The appointment is automatically added to their Gmail or Outlook calendar and the application sends reminders via email and text to make sure the customer shows up on time.

So far nothing fancy, but when we connect a CRM (Customer Relationship Management) application (like Microsoft’s Dynamics CRM or Sugar CRM) to this we can store the customer’s preferences for hair care products, hairdresser and timeslots. We can then send occasional promotions for these products and make sure they are in stock when the customer comes in for an appointment. Using Business Intelligence (BI) Tools, a pattern can be established over a certain period and the salon can send a suggestion for a new appointment with the preferred hairdresser for a time that is normally not very busy and is therefore offered to the customer at a discount.

Taking it another step further, the salon can use a tool like “My Good Client” and send the loyal customer a message that if they refer at least two friends through social media, they will get the next haircut for free. This allows the hairdresser to further build the customer’s profile, including data on social context.

Below you can see another example of how the intelligent use of existing cloud tools and the exchange of data between the applications can lead to ‘stickier’ service and a unique experience. 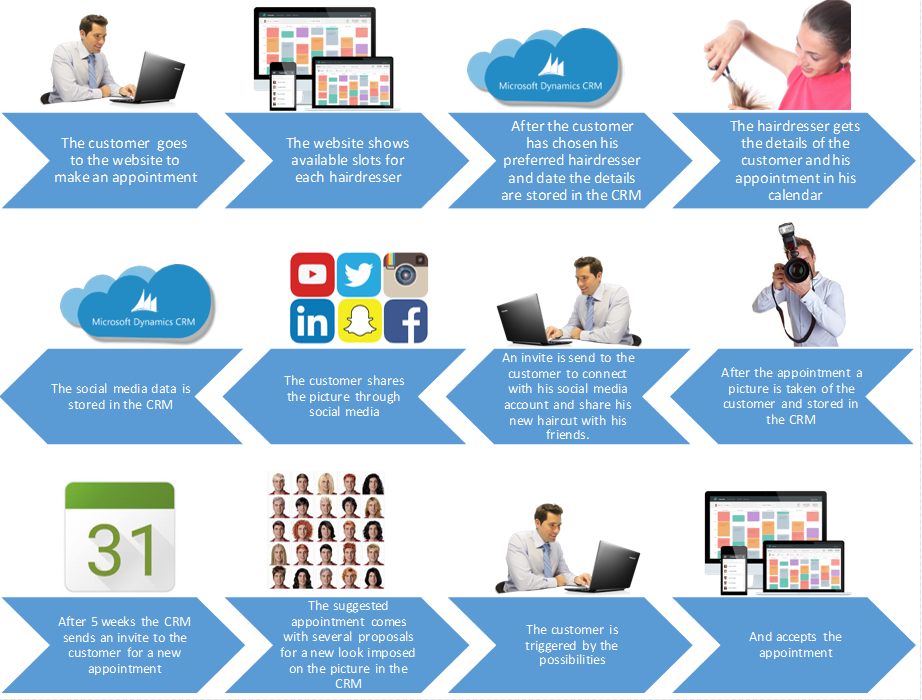 As this scenario shows, the possibilities for optimizing and improving business processes using the website as the starting point are endless and suggest that digital web agencies have not only come a long way but also have a bright future ahead of them as Cloud System Integrators.